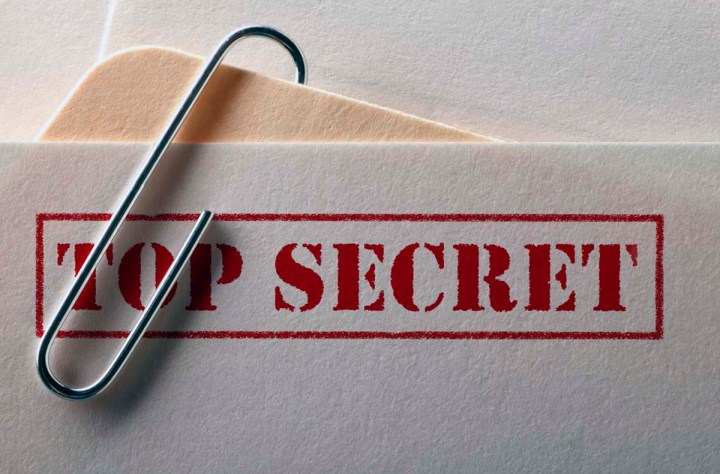 I spend a lot of time in my Press Law and Ethics class talking with students about privacy.

And one point I really focus on is how authority loves to use the “privacy card” to trick people into thinking that hiding things from the public is a good because it makes the public safer.

Nothing could be farther from the truth, but it happens all the time — even at Western Kentucky University.

A recent story in the College Heights Herald alerted readers to a decision made by WKU administrators to make the public jump hurdles to access the salaries of WKU employees, the salaries clearly a public record.

Of course, these wise keepers of records back the decision with the privacy card.

This salary information until this semester was easily accessed via the WKU library website — and believe me it was accessed.

For members of the public trying to access these clearly public records but who lack a WKU ID and who therefore cannot participate in the above equivalent of the Olympics track and field triple jump event to find them, well, that “public” must make a written request to the university to get them.

So, not only has WKU created two classes of “public,” one with privilege and a massive other one without, the geniuses behind this bogus misinterpretation of state law want us to believe that privacy of those with the salaries has now been elevated.

As I often say, “I was born at night but not last night.”

This administrative slight of hand has nothing to do with privacy protection, other than protecting administrators from criticism when it comes to who gets paid what.

It’s an embarrassment filter and nothing more.

I learned about this dubious plan a few weeks before the Herald revealed it and the alleged reason why it was so necessary: the “Anthem” breach.

Yes, the insurance company that WKU contracts with joined a long list of targets hit by hackers — including the Internal Revenue Service, the FBI and T-Mobile to name just a few — who culled all kinds of personal data about people within databases.

To that end, the Herald story is revealing.

“We did add that password because of concerns about the Anthem,” Stacy Garrett, assistant director of the budget, told a Herald reporter. “We added that layer of protection to make it a little harder to reach.”

Ridiculous, I say, and that comes from someone who has been the victim of identity theft three times, including a fraudulent tax return, one option for identity stealers, as the Herald story relates.

More salient was the comment by Joe Johnson, WKU chief technology office who ultimately must orchestrate hiding information behind the WKU firewall — when he is told to do it.

The Herald reports: “Despite the Anthem hack being the main reason new protocols affect access to salary information, both Johnson and Tony Glisson, the human resources director, said there has never been any proof that WKU employee information has been stolen as a result of the (Anthem) hack.”

But all of these decision-makers do admit the salaries of WKU employees are public records.

“The public has the right to know the compensation paid to a state employee, so we will produce information to an [open records request].”

Wilkins told the Herald that WKU is under no legal obligation to post this information on the WKU website and that as long as the university responds to open records requests, it meets state law directives.

That translates to: WKU will respect the letter of the law but not the spirit of the law.

Through the years, I have crossed paths with Wilkins regarding public records and pubic access issues at WKU, usually when people working for WKU are completely clueless about state law and who accordingly say and do really stupid things.

I have found her thoughtful and reasonable. But as they must, general counsels take the hit when “geniuses” come up with stupid ideas.

As to the law, I remain doubtful that WKU can create two different classes of “public.” So I will be looking into that — with a lawyer.

In the meantime, it appears WKU administrators relish dealing with paperwork — in this case Freedom of Information requests delivered via email, mail and phone calls.

Moving forward, I will be doing my best to make sure they get what they want in droves.

And if the news media wants to step up, as it should, to ensure someone can easily get the clearly public record of WKU employee salaries, I suggest they make the data easily available on their websites and let readers know they can get it. I have it and will be happy to share it.

Now back to my law class.

I remind my students frequently that government is not a bestower of freedom. It is a protector of freedom. And the various people responsible for the myriad public records at all levels — including at WKU — are not the bestowers of those records.

They are custodians of those records and answerable to the public, which has every right to easily get them.

(For more about Mac, search the menu for “About” and “Who is this guy?”)